Rill Gardens were traditionally used in the earliest garden designs. Pasargadae in Iran has one of the earliest from C6 BC and the Alhambra in Granada has some of the best known. Usually a linear design inset into paving and lined with stone or tiles, they often form a geometric design and have fountains and flowing water.

Our Rill Garden was designed with help from Lizzie Tulip in 2008 inside a rectangle formed from hedges of hornbeam and beech. We were replacing a polytunnel which had been in the space and wanted to include an area of the garden that provided a contrast with the rest of the garden.

Very little planting space, several different coloured gravels and the gentle sound of water make this a wonderfully peaceful garden very different from the exuberance elsewhere. During the winter of 2019/20 the Rill Garden will be getting a refurbishment as it was beginning to look a little tired after 10 years.

The first day of work on the Rill Garden 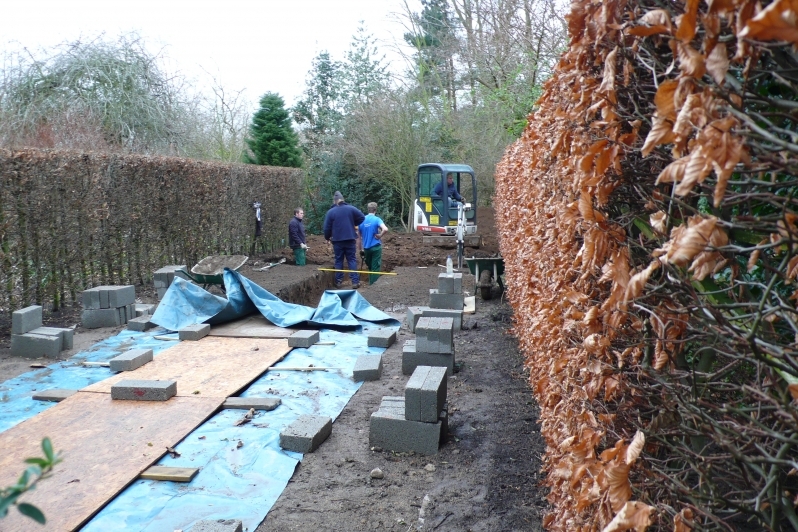 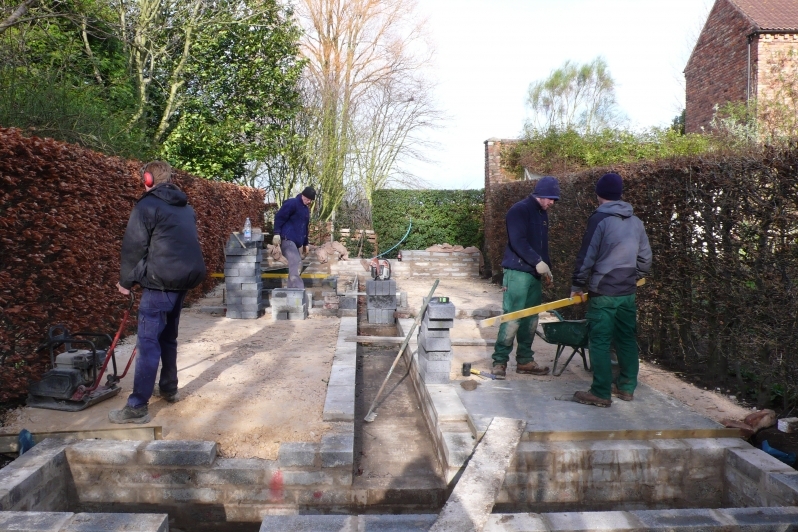 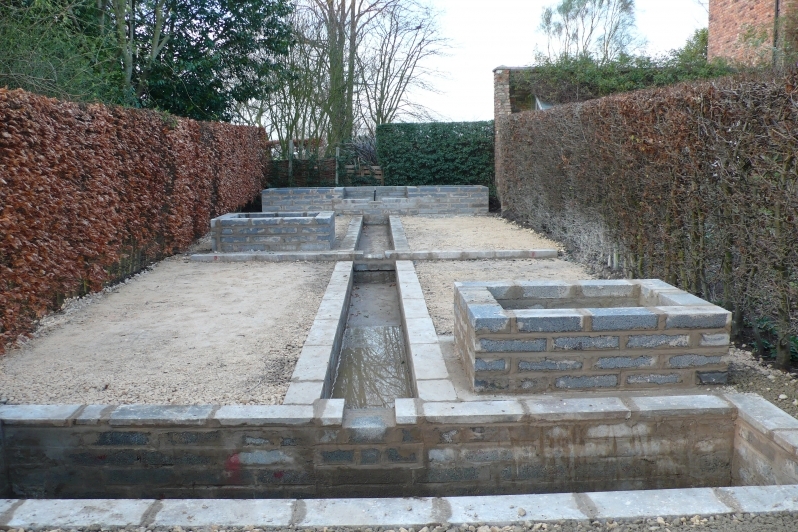 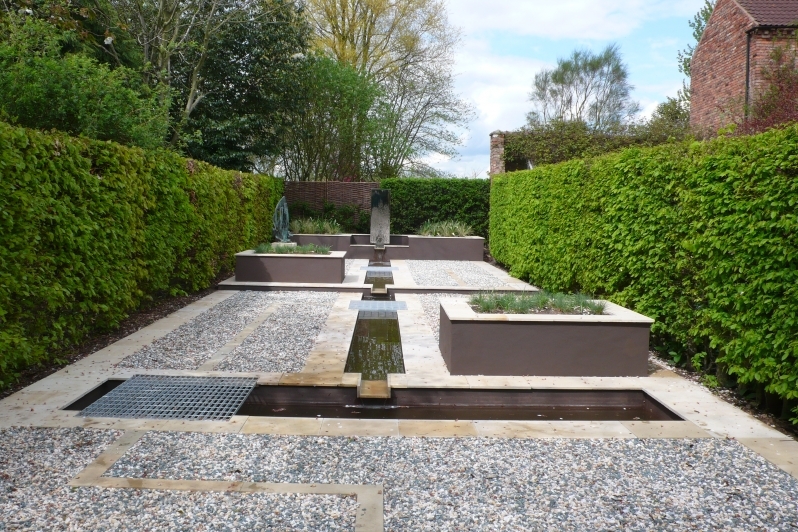 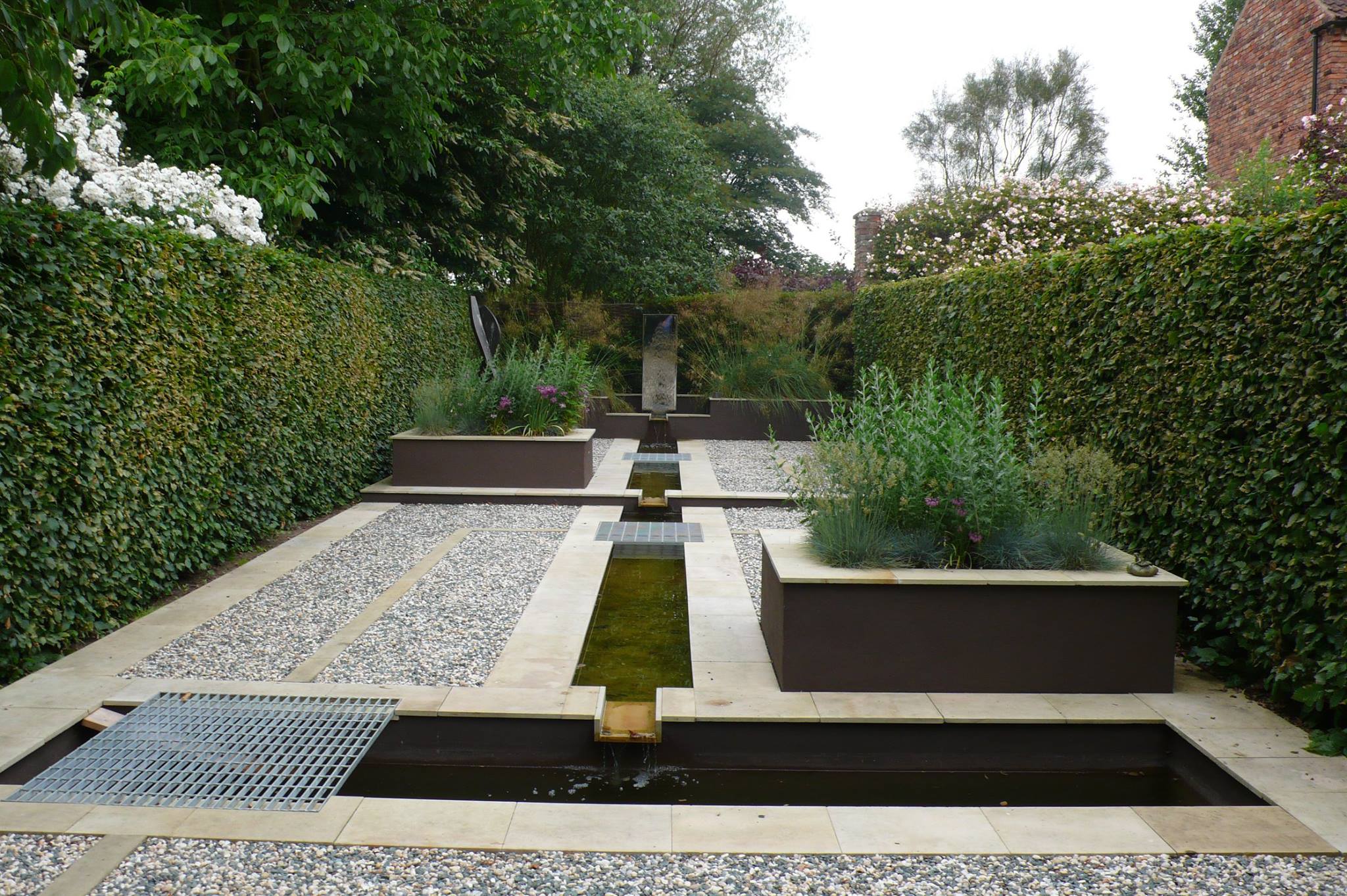 The planting is much more mature in 2017

Sculptures in the Rill Garden 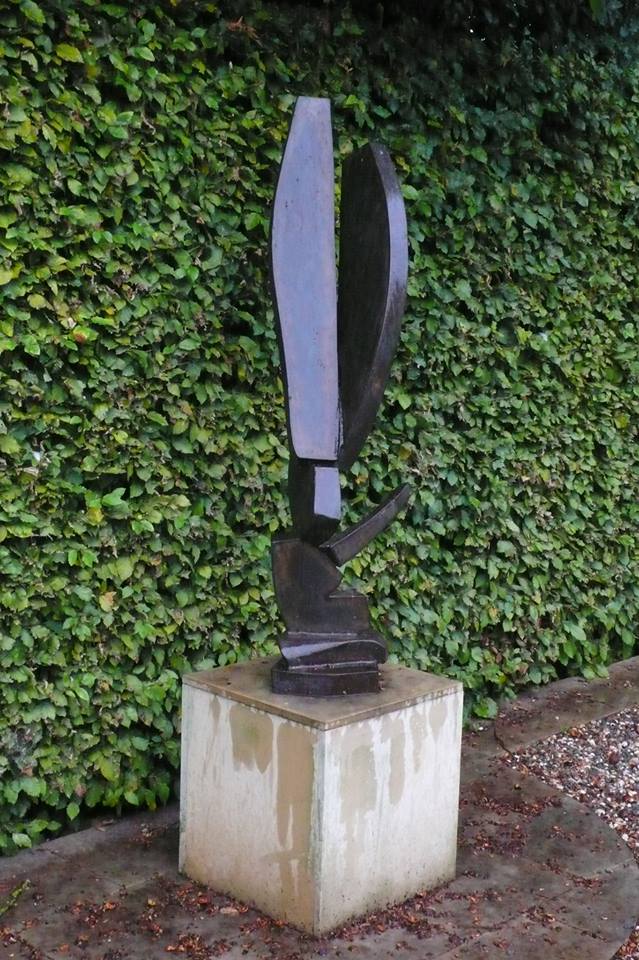 The Rill Garden adds an element of surprise to the experience of visiting Stillingfleet Lodge Gardens. It has also provided the backdrop to a number of beautiful garden sculptures, ensuring that it continues to give something new, even to our regular visitors. 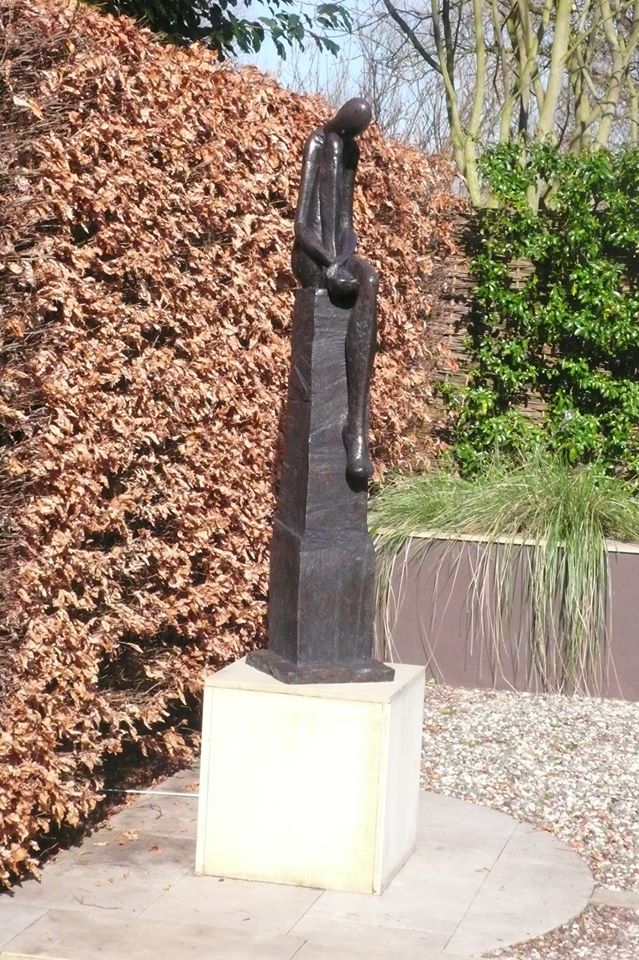