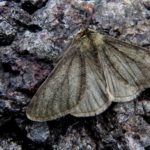 The Yorkshire branch of Butterfly Conservation has been trapping here for several years but this is the first year they have trapped in February. I had no idea that any moths flew so early in the year and so to have seven new moths to add to our list was fascinating.

I thought  it would be interesting to talk about a few of them and their host plants. 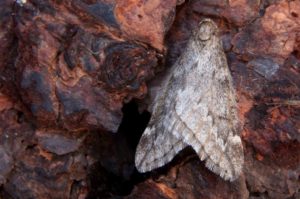 This moth usually flies in January to April, although that is not quite true as only the males have wings, another fact I had no idea about ! The wingless females can be found crawling on the trunks of their host trees, Oaks, Hawthorns, Blackthorn and Field Maple’ 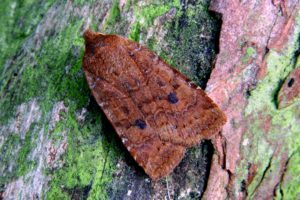 These are often found on Willow in early spring and as we have several varieties of willow in the garden this is not a surprise. They fly from September to May and the larvae feed on Birch and Oak. 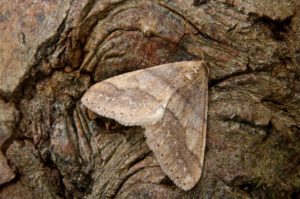 Another moth with wingless females who are usually found on the trunks of Willow, Hawthorn and Birch. The overwinter in the pupal stage and the larvae are found in April to June 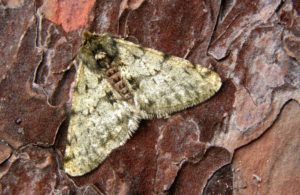 More wingless females ! The males fly from January to March

All these moths are relatively common and as you will see all these early moths have trees as their host plants , quite different from summer moths who usually live on flowers and grasses. All the caterpillars live on deciduous trees so that explains all those hole in the leaves!

This site uses Akismet to reduce spam. Learn how your comment data is processed.